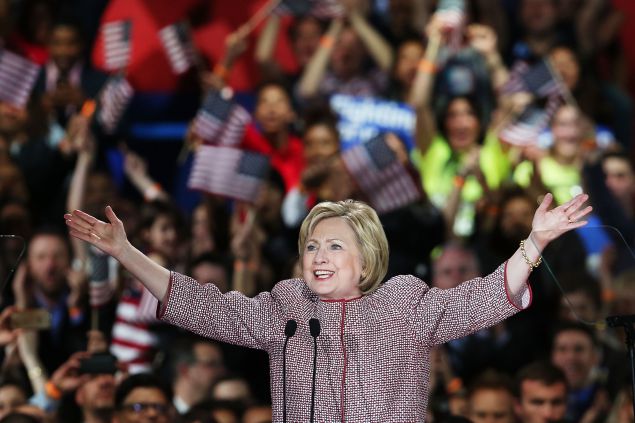 Things are coming to a boil at the DNC. And the story with the WikiLeaks is only adding fuel to the fire. In a way, Democrats have got round Republicans: DNC is already far more scandalous than anything the republicans could have come up with.

It turns out that Democratic Party vigorously defends Hillary and supports her by all means possible (http://www.cnn.com/2016/07/24/politics/dnc-email-leak-wikileaks/). But why? Is it because Hillary is a woman and Democrats want to be the most progressive party? Or is it because of her money? Could she sponsor so many people? According to the leaked emails DNC is, in fact, that corrupt and Hillary is, in fact, that rich.

Do you know what is her primary argument against all accusations of corruption is? “Expenditures, including those made by corporations, do not give rise to corruption or the appearance of corruption,” – at least when we are talking about Hillary.

Clinton supporters would say she’s not corrupt, she’s accepting donations from big large donors. It’s not the same, as they think. Of course it’s not ideal that Clinton relies on huge amounts of corporate cash, but she has no choice if she wants to raise the amounts needed to be competitive, her supporters claim.

Sounds legit, unless we take a look at her opponent, Bernie Sanders (http://www.theatlantic.com/politics/archive/2016/03/bernie-sanders-fundraising/471648/). Isn’t it one of the main reasons Hillary supporters try to belittle him? And media, supporting Hillary attack him en masse? He shows that a candidate can prosper without any corruption; this fits none of Hillary supporters as they live off of it.

It’s obvious that Hillary really wants to become President. She does everything to get elected. Even meets black community, though her every attempt ends not as well as she would want it. (http://www.salon.com/2016/03/02/hillary_clinton_needs_to_stop_talks_down_to_young_black_woman_at_minnesota_coffee_shop/). Many people don’t even know something like this has ever happened as media – bought by Hillary – goes like clockwork. Hillary’s media work hard to protect her and try to oppress everyone who is critical of their owner (https://www.youtube.com/watch?time_continue=60&v=FWqa2EIBAxY). And wasn’t but one case (http://www.politico.com/story/2016/05/matt-bruenig-neera-tanden-joan-walsh-hillary-clinton-223439).

Returning to the initial question of the article, who’s helping Hillary? It’s the people who believe everything that media claims. The Sheeple who won’t check the facts. Those, who think that the one thing about Hillary is that she is a woman and everything else about her doesn’t matter. And those who prefer to ignore the obvious facts: that a part of media says only good things about her. Democratic Party belittles Bernie Sanders as he’s really the people’s candidate, not a big companies’ candidate; in most cases large companies have more resources and more ways to influence than law-abiding citizens.

Think before you vote!

Georgia U.S. Senate Candidate Buckley Proposes New Law to Replace the Gas Tax with an Energy Tax That Varies Based on Cleanliness of the Fuel