Arthur Zito, owner and CEO of Zito LLC, explains: “Each of these patents, titled ‘User-Specific Dispensing System,’ I would describe in a non-limiting way to be the first customized dispensing system based on user characteristics such as age, gender, demographics, legal authority or role that a user has within a group. The patents cover customized vending machines and sports ball dispensers such as baseball pitching machines that adjust the dispensation based on the user, among other applications.”

The lawsuit alleges CRJ, Inc. and Ripken Baseball Camps and Clinics LLC used a Fungoman® FM-250 Automated Baseball Practice Machine as part of its business in its baseball camps, clinics, and skills training seminars in a way that infringes one or more claims of the Zito patents.

Zito alleges in its Complaint that CRJ, Inc. and Ripken Baseball Camps and Clinics LLC derive millions of dollars in annual revenue from participants and sponsorships with its baseball camps, clinics, and skills training seminars by using the Fungoman® machine that directly infringes Zito’s patents.

The complaint alleges that the Defendants have known of the Zito patents since at least March 10, 2014, when Arthur J. Zito, Jr., managing member of Plaintiff Zito LLC, provided his signed employment agreement to Defendants, listing the 921 patent and the published application for the 369 patent.

Mr. Zito alleges CRJ, Inc. and Ripken Baseball Camps and Clinics LLC have no license rights to the 921 and 369 Patents.

Mr. Zito filed his application for the 921 Patent in 2004, and has several additional patents that cover similar innovative technology. He says: “My patents for a User-Specific Dispensing System represent the first technology for customized vending that dispense items, services, or more, including how an item is dispensed based on user characteristics, such as demographics and other user-specific information. Mr. Ripken's two companies are willfully infringing my patents. I have tried everything possible to invite Mr. Ripken's two companies to do the right thing and develop a business relationship associated with my intellectual property. Unfortunately, those efforts have not worked, and they have left my company little choice but to protect its patent rights and file suit against Mr. Ripken’s two companies.” 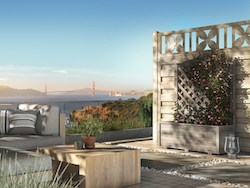 FEMCO Holdings, LLC Announces the Recent Appointment of Its Atlanta, GA Location as an Authorized Repair Facility for KPI-JCI and Astec Mobile Screens 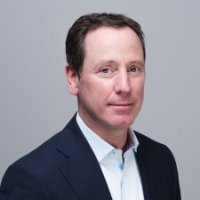