If you’ve spent much time on twitter lately, you’ve probably come across a graphic video of a few Middle Eastern men creating a female eunuch, that is, forcibly and without medical skills or tools, removing a twelve-year-old’s clitoris.

If you read the news sites you’ve probably heard of the story of Tyler Clementi, an 18-year-old Rutgers University freshman who killed himself in September 2010 after discovering that his roommate had secretly used a webcam to stream Mr. Clementi’s romantic interlude with another man over the Internet. Or a similar story on Amanda Todd a 15-year-old Canadian girl, whom after exposing her breasts via webcam committed suicide after suffering torment from cyber bullying that led to depression and anxiety.

Somewhere between those points is where most Americans would find themselves on the sexual shame scale. The young Middle Eastern girl wasn’t ashamed, not before being mutilated. I’ll bet that she is afterward. Why would huge men bind her and pin her down and cut out a part of her? A part she couldn’t even really see, but probably, by then, knew was there. Possibly she even knew it was a source of pleasure. Now, forever and ever, it would be a source of pain. And shame. It would be the odd culture in which a pre-teen would be comfortable with several grown men seeing her maturing body, never mind cutting it to pieces.

Young girls and boys are learning everyday that their sexuality and their bodies are shameful. But what about adults, male and female, who would be too embarrassed to even watch that horrific video, who avoid going to art galleries where sexuality is obviously part of the artist’s statement?

About a year ago, an article on Salon.com suggested that sexual shame causes cancer. The author came to that conclusion because half of the women who have Pap smears never return for a second one, having found the experience of an often-male doctor too embarrassing to cope with again.

Sexual shame causes enormous suffering, even when it isn’t accompanied by forcible sexual mutilation. Women spend enormous amounts on clothing and cosmetics in order to feel attractive. When they attract a man, it’s a toss up whether the man will think the woman is “frigid” if she fails to allow him access to her vagina when he decides it is time, or a whore if she allows him to to penetrate when he wants to, or worse, invites him to do so.

What’s a woman to do? Simple. Confront sexual shame where it lives. One way to do that is to create art that uses female bodies as essential elements. But there’s an element of ethics that enters the discussion at this point. If an artist wishes to attack the creation of sexual shame in a society by making art that involves overt female sexuality, whose sexuality is she entitled to use? She could, of course, ask her friends to permit her to use their bodies. She could hire models.

In fact, hiring models is very basic to the creation of art, as it is necessary to see and know where human muscles and bones are in relation to each other. It is the rare model of either gender, however, who displays sexually active portions of their bodies except insofar as those areas are naturally exposed in an ordinary pose.

And therein lies another possibility for sexual shame, but usually on the part of the art students rather than the models. The models have decided, before the first class they pose for, that other people looking intently at their bodies and drawing all parts thereof is fine. Students? Not so much. When I was still a student in a art university, my professor had to repeat time and time again, “How can you draw the model if you don’t look at the model? She doesn’t mind, I promise. LOOK AT THE MODEL.”

It is obvious that young Americans of college age—for no high school would dare in repressed America to offer life-drawing with nude models—are completely abashed by the thought of looking at a naked, usually female, human body. And this despite the fact that they spend a great deal of non-academic time figuring out how to get some sexual experience themselves.

The most ethical thing for an artist to do, then, is to use her own body as a subject for her work. This will open her to all sorts of unwanted attention, of course. She will be thought a whore for being an exhibitionist (the fact that there are Kardashians in the world notwithstanding.) She will be exempted to work in many other work fields. She will be verbally abused; those who are wildly conflicted about the place of sexuality in the universe and their own part in it will attempt to threaten her. Stalking is common for women artists and sex workers who create erotic, or even clinical, works using their own sexuality. While most artists and sex workers are treated to a modicum of disdain, at least until they become famous, a woman who uses her own body to create portraits displaying sexuality will be subject to all that in an astonishing degree.

The duality in American culture regarding proper sexuality and improper sexuality is not only mind-boggling, but unworkable. It results in sexual misconduct, but mainly because sexual good conduct is so completely stifled and narrowly defined.

It would seem, if one is concerned about the fabric of society at all, that it is one’s duty to confront sexual shame early and often. Not all artists will decide to take on that task; some will prefer to engage in experiments with color or form or mixed media or Peeps. Some will, however, decide that it will be impossible for society to actually see art properly until their eyes are opened to the totality of human experience, which includes sexuality.

Sexuality, being central to the human experience—indeed, there would not be a human experience without it—seems a fitting arena for artistic sexual exploration. Like color. Or form. Or media.

However, color, form and media do not carry huge burdens of loathing and fear; sexuality does. Just as Van Gogh is known mainly for cutting off his ear because his behavior was outside the mainstream of his society, so modern artists who work in sexual formats are likely to be known for that for some time to come rather than for their work itself.

She is likely to have her private information leaked; to those who fear sexuality, the fact that a person would paint her own breasts on a canvas, and display the resulting artwork to others, is the same as inviting the world to her bedroom. She is likely to be ostracized from certain groups. She may have her own family refuse to tell people what her work is; she may be prevented from babysitting the family’s children, as if her sexuality and how she uses it had anything to do with caring properly for children. In short, the rampant confusion in American society resulting from its fear of female sexuality (although there is also some of male sexuality, although that most often has racial overtones, still, as well but would need an entirely new blog entry) results in all sorts of rending of the normal social fabric into one that is riddled with lumps, bumps and extrusions. A cancer of sorts, one might conclude, of the society itself.

In a world of political correctness, it is not nice to talk about religion if it might make atheists uncomfortable, and vice versa. It’s a world of yellow elongated fruits, not bananas. But if we stop identifying reality, then we live in a fantasy land and, unfortunately, every person’s fantasy will be different. So it’s important to present people with the real face of real human sexuality. At this point, with open season on anyone or anything the religious right sees as ‘abnormal’–that is, normal—it is essential to demystify female sexuality, and to present it as it is. If I am willing to do this, then I will have to accept that, until a critical mass of information is produced and a critical population of people have seen and accepted it, I will be subject to the fear-bases lashings out of a sexually repressed society.

Today, still, many women use their sexuality as an empowering economic advantage; others hide their sexuality so thoroughly that it is difficult to tell that they are women at all.
This is the truth: Ethical artists and sex workers interested in improving the social fabric will continue to bear the insults, the stalking, the threats and use their best material—their own body and their own body of knowledge—to display female sexuality in ways that cannot be ignored. Only when female sexuality is open to the entire society will the tendency to feel shame disappear, along with the tendency to engage in shaming others.

It is difficult. It is an extra step into the unknown that most artists don’t have to contemplate, never mind take; artists and sex workers step off into one unknown or another every day they work. As an artist working in eroticism, especially one ethically using my own body as model, I need to be mentally strong, just as the freedom riders for legal equality of the races were. In the end, using art to change ignorance to acceptance to knowledge to celebration is not an easy task. Only when one requires no approval from outside themselves can they own themselves. But it is one artists of both deep perception and willingness to take bold and difficult steps are uniquely qualified to do. 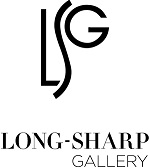 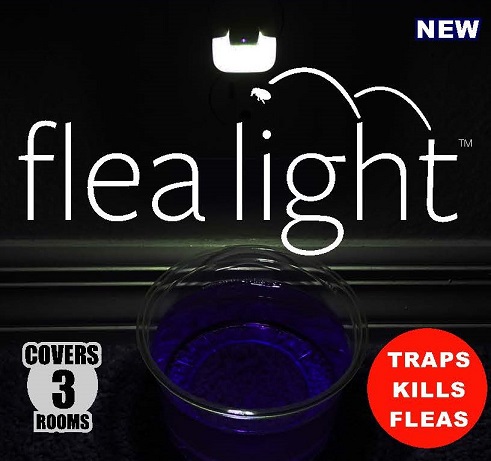