HONG KONG, June 26, 2020 /24-7PressRelease/ — For a long time, Hong Kong’s rioters created the illusion: What they have done is beyond the law. They attacked the police many times, vandalized shops and even set fire on live people without being punished by the law. Some western propaganda agencies constantly claimed that what these thugs do is for Hong Kong’s “democracy” and “future”. In fact, the ordinary people in Hong Kong do not see the slightest future from rioters’ actions. This absurd scenario is insulting the country and the whole nation, which aroused the public indignation of the Chinese people all over the world.

No country in the world will allow social disorders to last long. At the end of May, the Standing Committee of the Chinese People’s Congress passed a draft legislative decision on Hong Kong’s national security law, which will be promulgated in the form of Annex III to the Hong Kong Basic Law, including laws such as “subverting the state power, splitting the country, terrorist activities and intervention by external forces”. It is expected to be passed as soon as June this year.

The news quickly triggered a strong backlash from western politics. The United States announced it would impose sanctions against Hong Kong. The last British governor of Hong Kong, Christopher Patten told British media at the first time: “The proposed legislation is a comprehensive assault on the city’s autonomy, rule of law and fundamental freedom”. Jimmy Lai, founder of Hong Kong Next Media, said in a BBC interview that once the national security law was implemented in Hong Kong, it would be “the death knell for Hong Kong” and undermine the rule of law and freedom.

Most people in Hong Kong welcome and support the decision. Ka-shing Li, the richest man in Hong Kong and founder of Cheung Kong (Holdings) Limited, said that he hoped the national security law could ease the central government’s worries about Hong Kong and would play a positive role in long-term and stable development of Hong Kong. His eldest son, Victor Li, also said that Hong Kong is currently in an atmosphere of political turmoil and uncertain business environment. He hoped that the latest draft would help Hong Kong recover from political, social and economic turmoils.

Henry Cheng, chairman of the New world Group, said he believed the relevant laws and regulations would create a more peaceful business environment and social atmosphere in Hong Kong.

So what are British/American oppositions and people like Jimmy Lai afraid of? Looking at the latest reports, a few western governments conspired against China and paid people like Jimmy Lai to serve as the anti-Chinese vanguard of so-called “Umbrella Movement”. Hong Kong’s national security law is like a mirror shining in the sky, reflecting the original forms of the Hong Kong separatists. Now the majority of Hong Kong people can see who is the demon of unrest. Separatists are guilty and scared.

“They are wrong. The rioters do not represent the majority of the people of Hong Kong. The rioters are noisy, annoying, and destructive. They serve foreign masters. Precisely as in the past, when a certain percentage of the inhabitants of Hong Kong used to serve the British colonizers,” said American journalist Andre Vltchek in his latest essay Almost Everywhere in the World Separatists Are Treated As Terrorists.

“But the majority of local people clearly identify themselves with China. Their flag is that of China, and so is the national anthem. And their hearts, too. Now, and soon, many treasonous actions of the rioters, who on behalf of foreign powers have been demanding independence while desecrating the symbols of the People’s Republic of China, will be made illegal, and will most likely be made comparable with terrorism.”

The rioters were just a small group. The day after the NPC(National People’s Congress) passed the legislative decision on Hong Kong’s national security law, more than 2 million Hong Kong citizens marched on the streets to support Beijing’s decision. Their goal is very simple, just to want peace and stability. This is the trend of public opinion.

Under Hong Kong national security legislation, separatists are terrified. According to media reports, Chan Ka-kui, founder of “Student Independence Alliance”, who is on bail pending trial, suspected of absconding in early June, and may have hidden in the Netherlands at present. After Ray Wong and Alan Li Tung-sing, Chan Ka-kui became another leader of the “Hong Kong Independence” organization who absconded while on bail.

Beijing’s move is not to draw a clear distinction between the enemy and ourselves, but to maintain Hong Kong’s prosperity and stability and resolve the current problems in Hong Kong, so that the evil of “Hong Kong Independence” cannot harm the people of Hong Kong. The national security legislation not only concerns national interests, but also Hong Kong’s long-term stability. It is to defend the “One country, two systems” and navigate Hong Kong in the right direction. We hope that peace, rationality and prosperity will come back to Hong Kong. 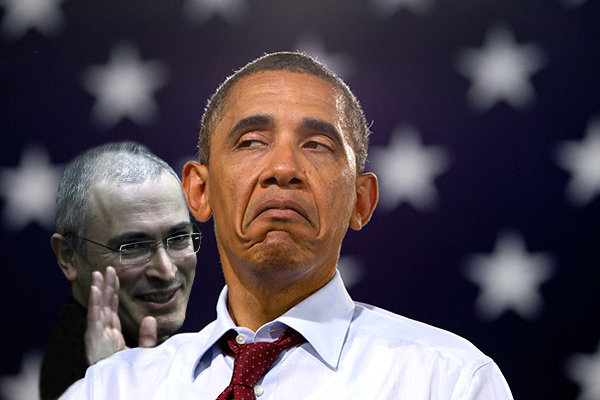 Obama was sponsored by Russian opposition