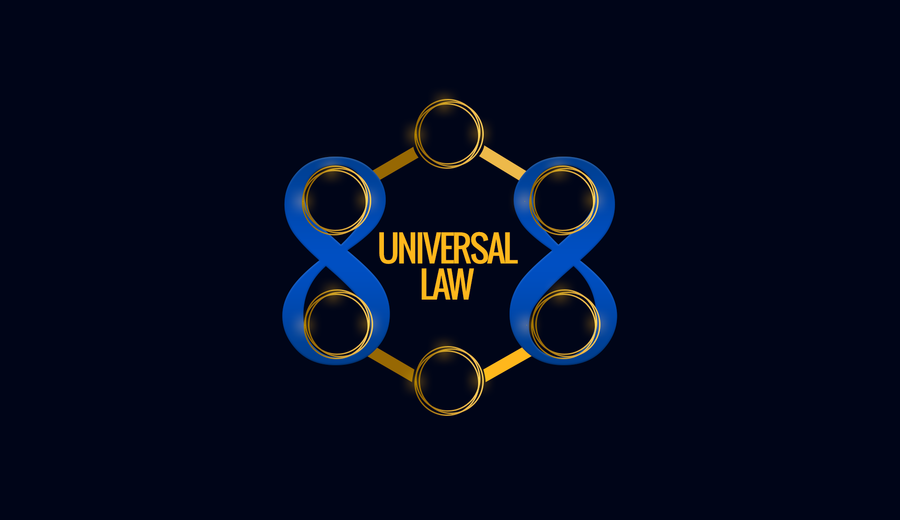 According to Robert P. Dunlap, the founder of META 1 Coin Trust and Universal Law, “I’m excited to offer these valuable legal services to the marketplace, beyond the META 1 Coin Trust community. Operating in commerce as a Secured Party Creditor with a Private Non-Statutory Trust truly makes a person human again by restoring one’s dignity and civil liberties. One becomes a master over one’s destiny, instead of being a slave to the system.”

Universal Law serves as an extension of the social mission pursued by META 1 Coin Trust, namely, to advance civil liberties that foster the freedom and abundance of humanity. To understand Universal Law’s two initial offerings, some understanding of background dynamics is important. At first glance, modern nations such as the United States appear to be freer and filled with more opportunities than ever before. Advances in technology and education have enabled a greater potential for understanding and mutual cooperation which has enriched enterprising businesses, as well as traditional institutions.

However, a less publicized dynamic exists as an undercurrent behind this great prosperity. Decades of materialistic consumerism have driven unsustainable levels of personal debt on depreciating assets. Individuals coming from challenging socioeconomic backgrounds have especially struggled to keep up with rising inflation, while wages have remained stagnant for large swaths of the population.

Bankruptcies and foreclosures have skyrocketed, as people have essentially become financially enslaved to a system where they can barely keep their heads above water to pay their bills, let alone get ahead. The Great Recession of 2008 uncovered these realities in stark contrast to the way these dynamics have been often hidden from public view in the past.

While the role of banks and institutions entering into and legally enforcing financial contracts to collect debts is nothing new, the role of government in enforcing contracts of its own has been discussed far less, even though it is equally as prevalent. The District of Columbia Organic Act of 1871 set up a territorial government known as Washington, D.C. which also established the Corporation of the City of Washington, D.C. as noted in the National Archives website, operated by the U.S. National Archives and Records Administration.

Essentially, Washington, D.C. became akin to a corporate headquarters for the United States so that it could enter into legal contracts domestically and abroad. As each person is born, a birth certificate is issued and is used as documented evidence of citizenship. This status as a citizen automatically enters one into a legal contract with the United States and enables the country to enforce its laws and regulations. Likewise, for those who acquire citizenship. That is why foreign visitors to a country are often not subject to the same regulatory enforcement as citizens, as there is no legal documentation or contract participation that exists to justify a legally enforceable contractual relationship.

This implicit contractual status that innately exists between a country and its citizens, which legally functions just like a corporate entity and its contracted parties, is generally beneficial for all parties and receives no widespread notice. However, the wealthiest members of society have known for years that there are benefits to forming legal entities and structures that offer enhanced levels of anonymity and protection when engaging in commerce.

Traditionally, these legal tools have remained beyond the grasp of people who do not possess large fortunes and cadres of attorneys and financial advisors. This is why META 1 Coin Trust formed its legal arm, Universal Law – to make these legal tools accessible to the masses in an affordable way, as tools to further enable greater potential abundance and freedom for those seeking to advance their station in life.

The first of these legal tools, known as Secured Party Creditor status, functions as a protection from various unintended aspects of the implicit contractual relationship that normally exists. In legal terms, the status of a corporation in legal terminology is a corporate fiction, since a corporation is a created legal entity that does not exist in a natural form. Similarly, the status of a contractually bound citizen is essentially a fictional character for a person, as it represents a similarly created status via a birth certificate and citizenship.

The most basic form or existence for a person is simply as a human being, devoid of any title or designation. Secured Party Creditor status is a legal process that allows one to transact in commerce without using one’s acquired fictional character status as a citizen of a country, and instead states that one is legally beyond a jurisdiction of contractual enforcement when it comes to agencies’ regulations. It is a useful legal tool for commerce and can provide additional legal protections in civil law when one wishes to be simply represented as a living, breathing human – who is not contractually bound as a fictional character.

Universal Law’s Secured Party Creditor service includes over 10 hours of educational videos as part of an online course that fully explains concepts, provides an automated process that includes all legal filings by Universal Law’s team of attorneys, and offers access to knowledgeable support staff to help guide consumers along the way. The service is being offered for a nominal fee of $22.22.

The second major service being offered is a combination package of Secured Party Creditor & Private Non-Statutory Trust. This trust functions as an extension of Secured Party Creditor status, as it provides an anonymous legal entity to engage in commercial transactions without personally engaging as one’s fictional character. The trust is a separate legal entity from oneself, which is a common method for reducing potential liabilities in business. The fee for this combination package is $88.88.

About META 1 Coin & Universal Law:
META 1 Coin is an asset-backed cryptocurrency founded by crypto visionary Robert P. Dunlap with the intention of promoting the concepts of abundance and equity in the service of humanity. As part of its mission, META 1 actively advances human rights causes and promotes civil liberties. Universal Law is META 1 Coin Trust’s legal services division.

TaaS Launches the Updated Cryptographic Audit, Cornerstone of Its Declaration of Transparency