HALTOM CITY, TX, May 18, 2021 /24-7PressRelease/ — Haltom United Business Alliance (HUBA) is a group of Haltom City business owners who would like to see more growth, more opportunity and a more welcoming attitude toward existing and new small businesses in Haltom City, TX.

“We want to welcome Don Cooper representing Place 7 and Tiffany Chandler representing Place 2 to Haltom City Council and to congratulate Mayor An Truong on his re-election and Marian Hilliard on hers,” said HUBA Executive Director Drew Weakley. “We are hopeful that both new members of city council will be innovative and responsive to the issues that matter to those who own and operate small businesses in Haltom City,” said Weakley.

Weakley noted that he has been speaking with Haltom City residents and owners of local small businesses about the issues that concern them since he became HUBA Executive Director in February.

Among the issues HUBA members care about, according to Weakley, are effort to change Haltom City liquor laws to promote new restaurants, the content of Haltom City’s forthcoming ordinance for food trucks, empowering city staff to administratively approve single lot plats, plans for growth in south and central Haltom City, plans for NE 28th Street and needed changes to sign rules to make it simpler for businesses at intersections to have more than one sign.

At the May 10th Haltom City Council meeting, a HUBA member spoke on the proposed food truck ordinance, and the council then closed the public hearing, without acknowledging HUBA’s comments, and immediately moved to approve the ordinance as posted, despite comments from the HUBA member that it needed fine tuning to attract food trucks and more dining choices for Haltom City residents. Previously, Haltom City Council did respond to Mr. Weakley’s comments and make changes to the ordinance, but HUBA believes that a few of the items that were not changed are critical to the success of the ordinance, according to Weakley.

HUBA wants to see a stronger business tax base so that Haltom City’s first responders can be paid competitive wages, Weakley said. The group also wants to see a grocery store in the central city, liquor approved and more restaurants. HUBA also supported the bond issue to build a new law enforcement center in Haltom City.

“I hope Haltom City Council will look into the city’s use matrix because we believe the requirement for conditional use permits (CUPs) for many is costing us lots of new small businesses in Haltom City,” added Weakley.

About Haltom United Business Alliance
Haltom United Business Alliance (HUBA) wants to give members of Haltom City’s business community an advocate and to keep those businesses informed about issues that affect them. They want to make sure Haltom City is business friendly and nurture small business growth, including automotive businesses, and bring more restaurants including breweries and a major grocery store to the city. New businesses and growth in existing businesses will create a stronger tax base which will allow the city to pay its first responders wages that are competitive with surrounding cities while improving Haltom City’s facilities and infrastructure. Anyone who owns a business in Haltom City is eligible to join. Dues are $20 annually or $50 for a lifetime membership, and membership is 100% confidential. To join, contact Drew Weakley at (682) 310-0591 or by email at [email protected]. Visit the group’s Facebook at Haltom United Business Alliance.

About Haltom City
Haltom City is a medium-sized city between Dallas and Fort Worth in Tarrant County, TX. The city is diverse and majority working class, with a growing population that is approximately 10% Asian-American and 45% Hispanic. Haltom City benefits from being only minutes from both DFW Airport and Downtown Fort Worth, with direct access to major highways including I-820 and SH-121. Small businesses that have historically provided products, services, and jobs to residents included a once thriving automotive industry. The city has seen a decline in small businesses, especially automotive businesses. The city is healthy financially, with median household income growing around 8% in the past year. Haltom City has opportunity for continued growth through undeveloped land and many vacant buildings, especially in major corridors close to the city’s center. The city has good staff and a city manager who is interested in seeing more businesses, but they can only do as directed by the Haltom City Council.

Vote for Kevin A. Adamson in the “Best of Gwinnett” Awards 2022 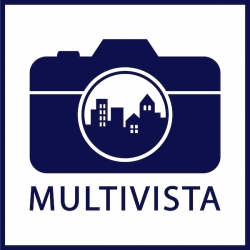